This walk will be lead by Linda and Russell. There is a very steep uphill and downhill section on a rough track near the start of the walk. The rest is on good tracks with plenty of ups and downs. The walk is 8kms and will take about 2 hours. We should enjoy some nice views up to Monchique. We will be booking a table at Restaurant Ourique for lunch, set menu for 10 euros to include a tip and donation to charity. If the weather is good we should be able to eat al fresco. The walk will start at 10:00am from cafe Ourique. The cafe should be open before the start of the walk for those wishing to have a coffee. Directions: Drive West along the N125 and exit at the Monchique exit. Follow the N124 direction Monchique and at the roundabout keep right and stay on the N124 direction Silves. After about 4kms you will see Restaurant Ourique on the right side of the road on a sharp bend. Please park just after the restaurant near the bus stop. The usual rules apply: wear suitable footwear, bring a drink, walking poles if you have them, no charge, walk at your own risk. We will have to limit the numbers so please put your name down if you would like to walk, and also indicate if you wish to stay for lunch. Contact number on the day is: 0044 796 0552618.
Last edited by Linda and Russell on Wed Feb 13, 2019 5:57 pm, edited 1 time in total.
Top

Dawn and Jon for walk and lunch, thanks Jon
Top

Hi Linda
3 for the walk, no lunch please. Jen, Steve and I with the accompanying woofs
Thanks
Wendy
Top

Hi Linda. Please put me down for walk. Thanks Mags.
Top

Hi Linda and Russell,
Count Caroline and me in for lunch and walk. Unconscious prioritisation there!

Barb and Terry will join for walk and lunch please.
Top

Please include Frank and Iva for both the walk and lunch.
Top

Please include Sue & Steve for the walk & lunch.
Top

Plus Isabel for walk and lunch
Top

Linda reports as follows.....Russell had threatened to make me envious by having a photo of everyone eating outside in the sun, and he has succeeded!

Best wishes from a windy and grey UK.....

This was only bettered by the fantastic al fresco lunch at the Ourique restaurant where 23 of us had a very nice relaxing lunch with far too many jugs of wine. This reflected on the bill but we still had enough left out of the 10 euros each for a generous tip and 20 euros for the charity.

Linda also collected left over meat for the dogs at the canil. The picture is of one of the dogs (Balou) from the canil eating some of last weeks left overs. 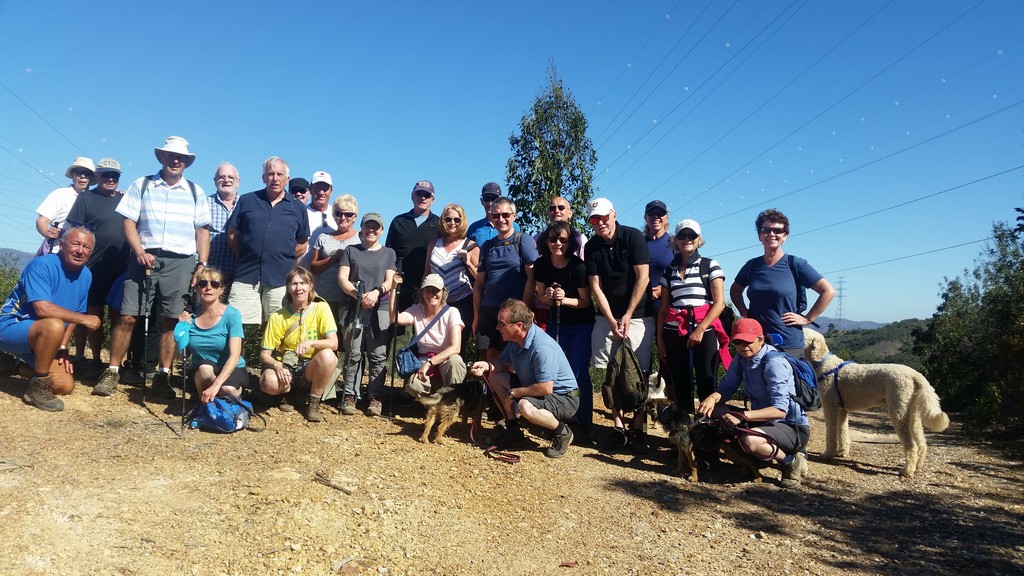 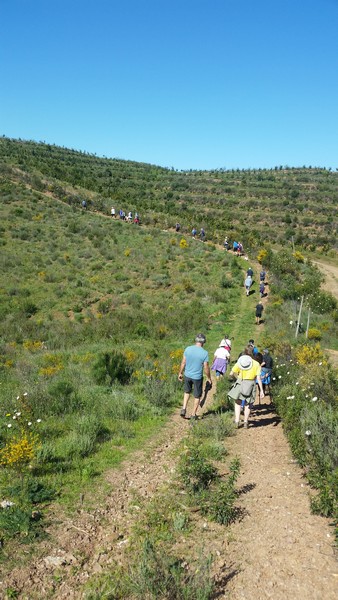 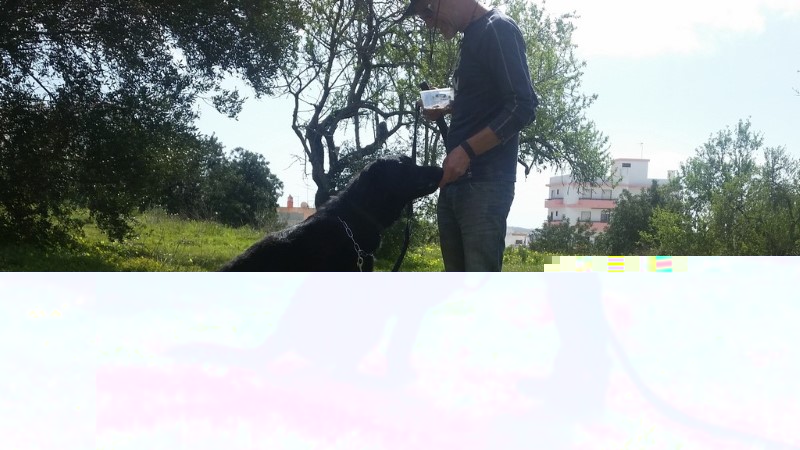