Just spotted the change of day/ date Tuesday to Thursday.

Well spotted...I meant to put a note on the site, but unfortunately forgot...we only get back Tuesday 19 , so walk is on Thursday 21 march.

Is everyone else ok with this change of date please?

Hi
I'm afraid the walk is full ( overfull) so unless there are cancellations,I am afraid there won't be room for you on this occasion.....as you can see from the title and postings above, the walk is closed!
Geoff
Top

Hi Geoff, I’ll be on the walk but as it’s my son’s last day visiting us I won’t be able to stop for lunch.

We're visiting the Algarve again this year and would like to join this walk and lunch if possible please
Hi
I'm afraid the walk is full ( overfull) so unless there are cancellations,I am afraid there won't be room for you on this occasion.....as you can see from the title and postings above, the walk is closed!
Geoff

hi Diane & Adrian....with 2 cancellations, can squeeze you in for walk & lunch if you want.
Please confirm.
Geoff
Top 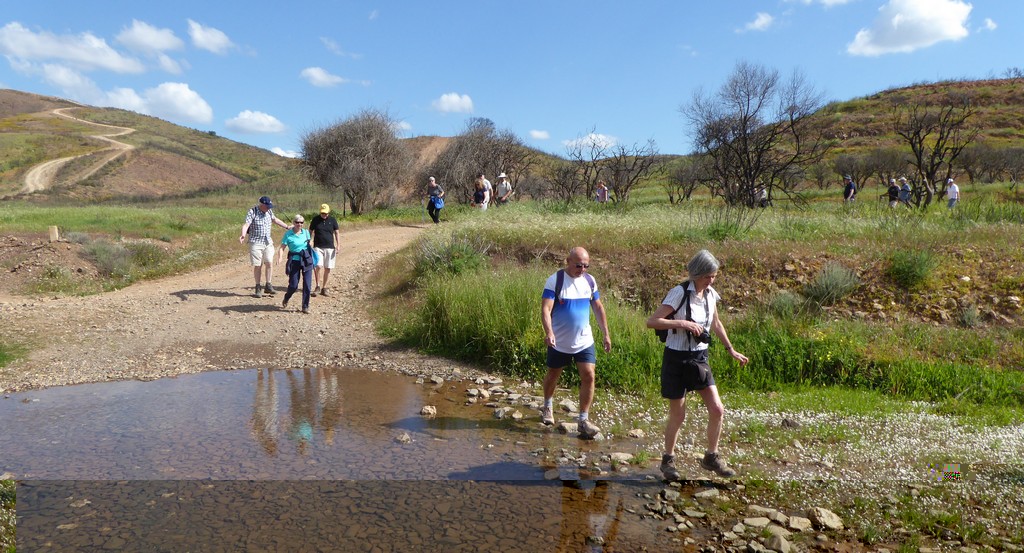 though the puddles were actually bigger... 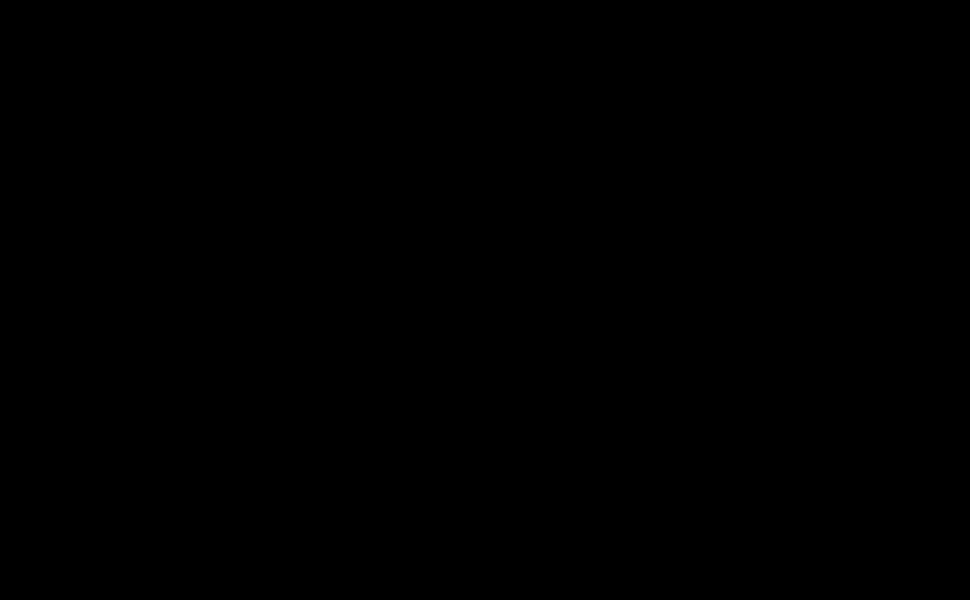 The windmill was in sight: 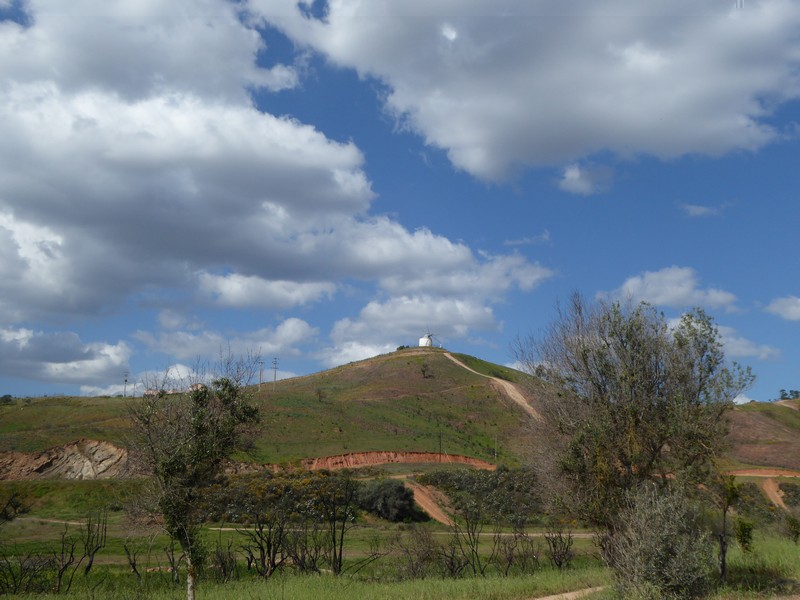 and Dan thought he'd go it alone to the top... 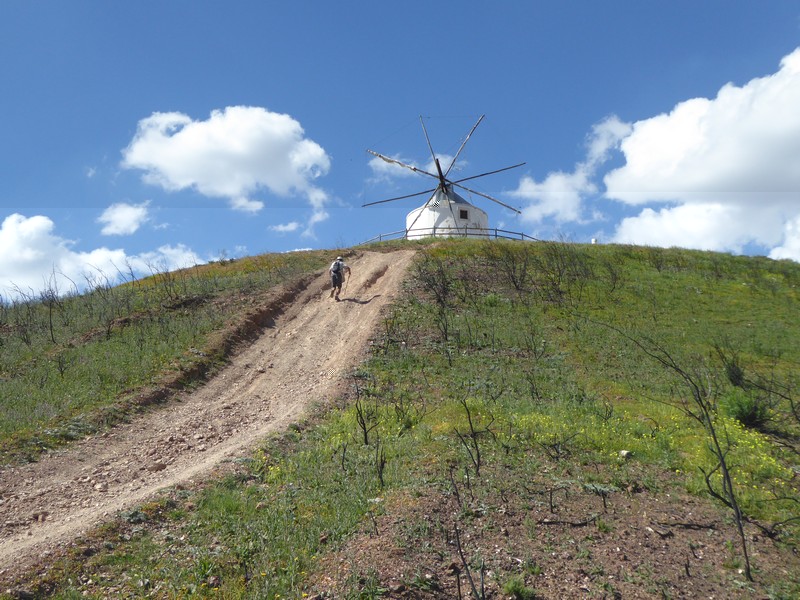 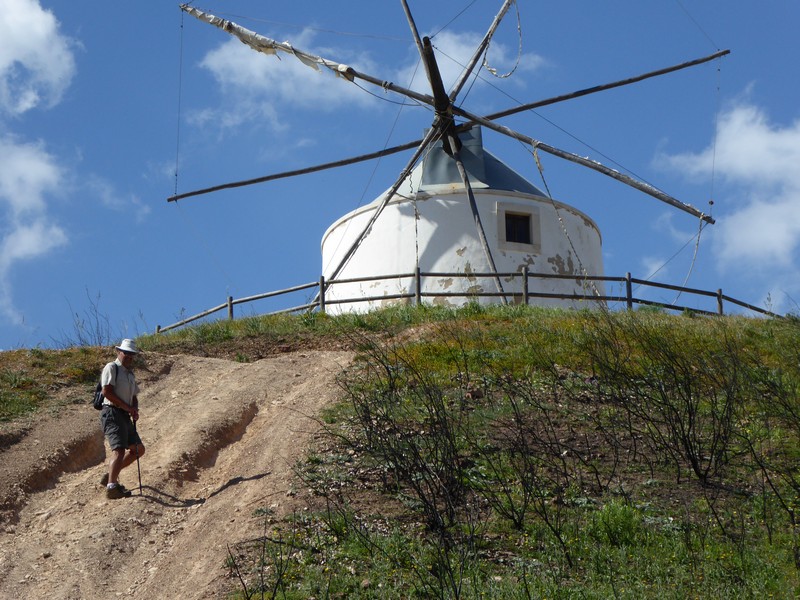 We all took a safer, less steep route, but all got there, with Mieke taking a break: 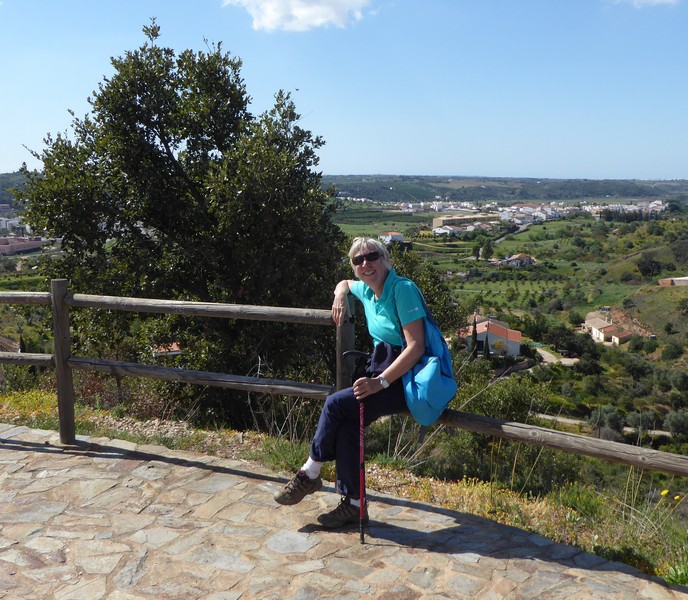 with views of a distant bonfire... 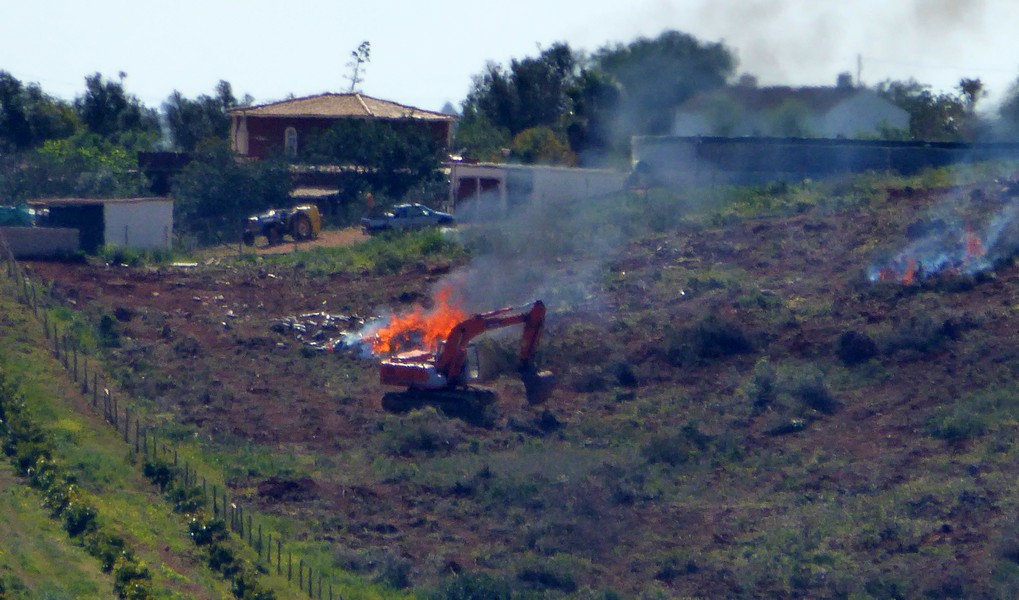 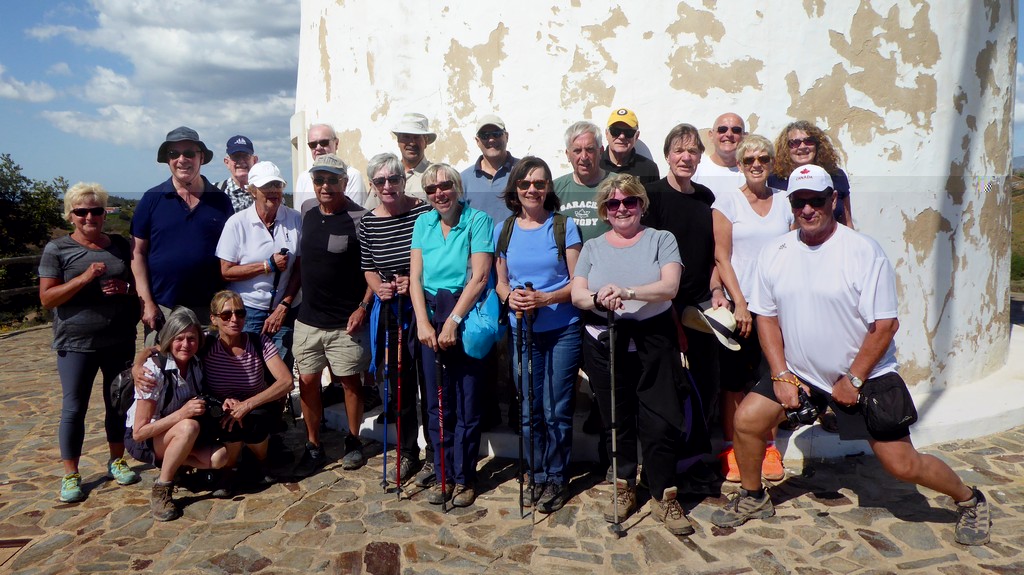 and safely back down: 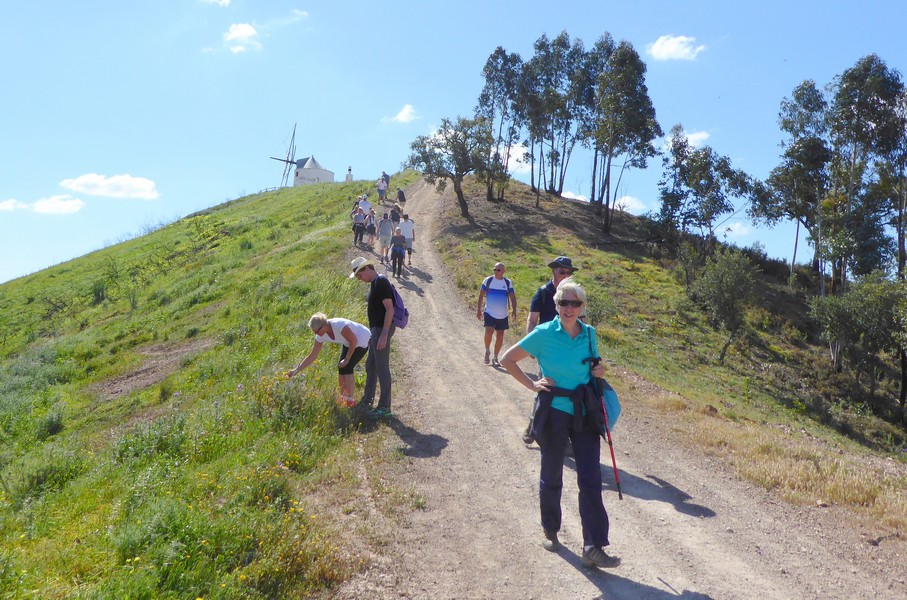 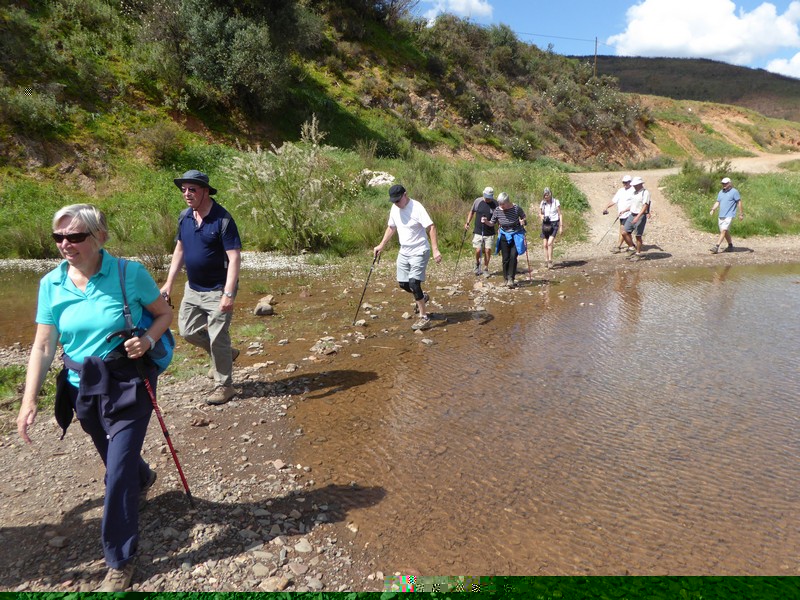 and back for a drink: 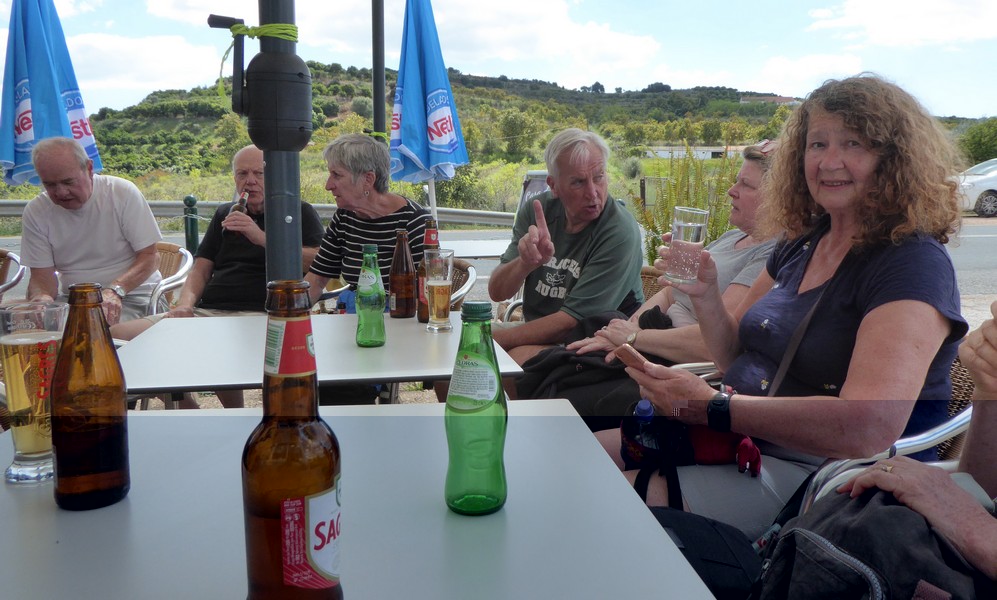 and to watch the Barbie at work; 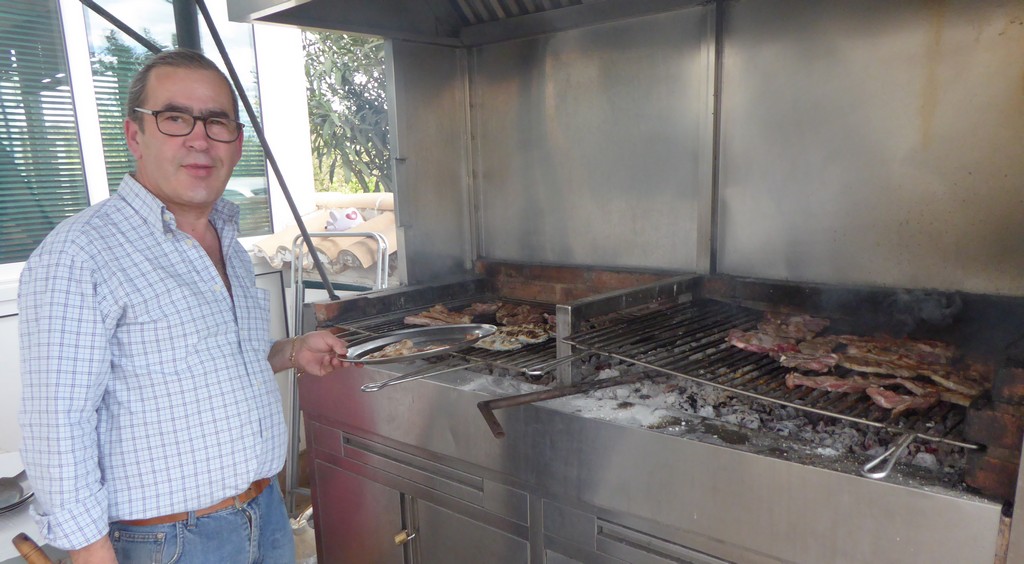 before enjoying a good lunch...and another 22€ for the charity kitty, though not quite sure how we got so much... 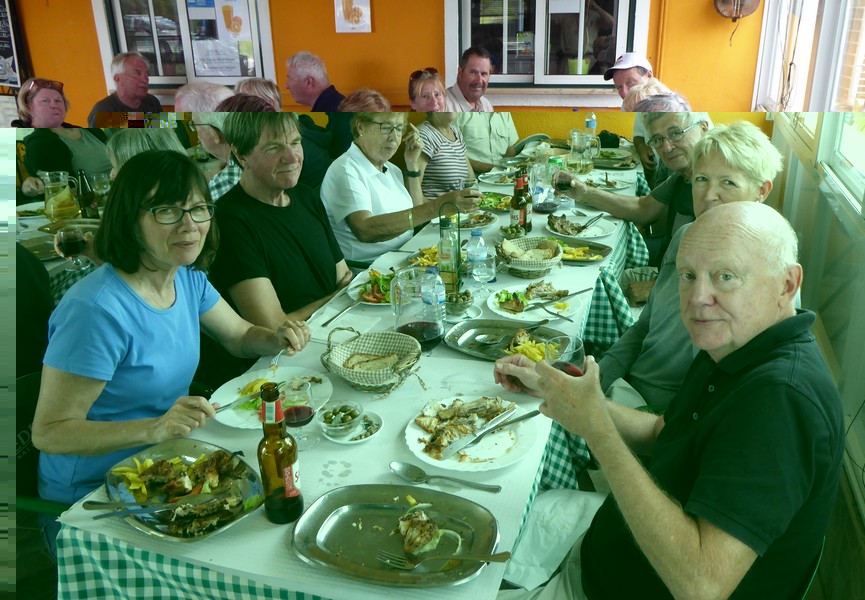 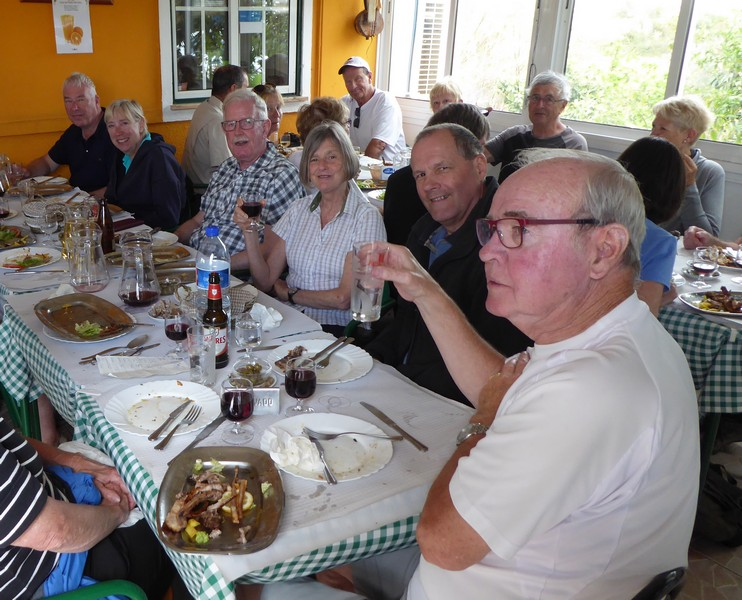 Unbeknownst to me, Sue ( who was at home with a broken wrist) had sent Carol a poem to mark the decade of CVO Ramblers, which Carol excellently read out: 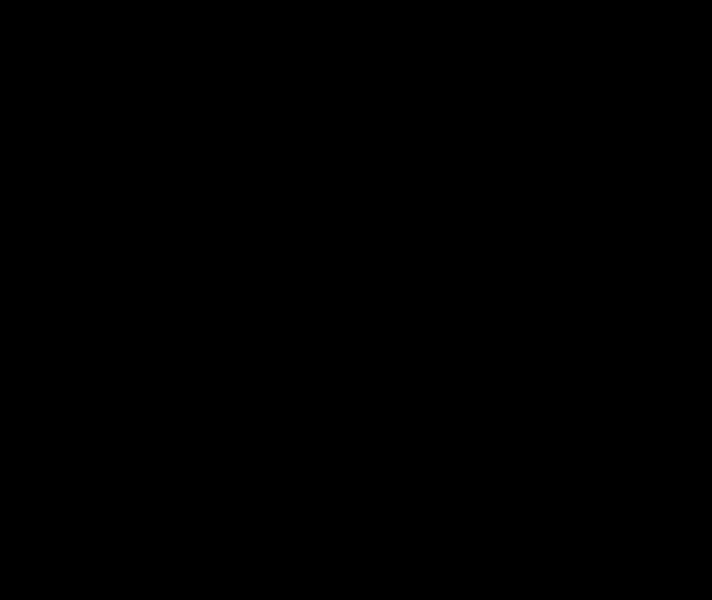 Thanks Carol, and to Sue, and to all who have made the last decade of walks so memorable. Here's to the next decade!

This is the poem:

Ten years …………… a long time ago
When Geoff was young and rearing to go,
He decided to start a new group
For walkers, but he and Sue went through hoops.

It was 12 March 2009,
Today’s a week late but it isn’t a crime.
Caroline and Gerrit were his first recruits.
No one remembers if they wore boots.

Geoff and Sue met at Silves cemetery
Where the graves are certainly not in symetary.
They walked to the windmill up on high
Where there are views for which to die.

Because of work Geoff and Sue’s visits here
Were less before things got into into gear.
Sometimes at the place where walks would start
Geoff and Sue were the only walkers taking part.

After walking with others they would say goodbye
That’s all they did, that’s no lie.
Later they decided to have a drink
A good way to finish they did think.
Now, post walk, folks go all the way,
Having drinks, lunch and passing the day.

Geoff grades his walks, one, two, three
And to find them he (and Sue) are as busy as bees.
He leads us on walks all over the place,
Up hills, down hills but we keep a brave face!

He tries to limit numbers to 20,
Most would say that’s enough, plenty.
The trouble is he can’t say no
Now we are many, that’s the status quo.

We’ve had Brits, Irish, Portuguese, Belgian and Dutch,
All of whom we love so much.
Then there are all the Canadians too
Without them what on earth would we do?

So Geoff, keep up the good works
This has proved to be one of your quirks.
Let’s go ahead and give him a clap
I think the old bloke deserves a nap.
Top
Post Reply
21 posts