25 walkers plus 2 dogs arrived early at the cafe for a hot cup of coffee, the skies looking threatening, but forecast OK. 5 of the ladies opted to accompany Sue , who was walking on the flat in the opposite direction, due to a broken wrist, sustained in her CVO Rambler Reccie work. The usual track up by the ancient graves had been ploughed up, so the intrepid band of walkers ascended by the side of the field with David & Mieke in the lead: 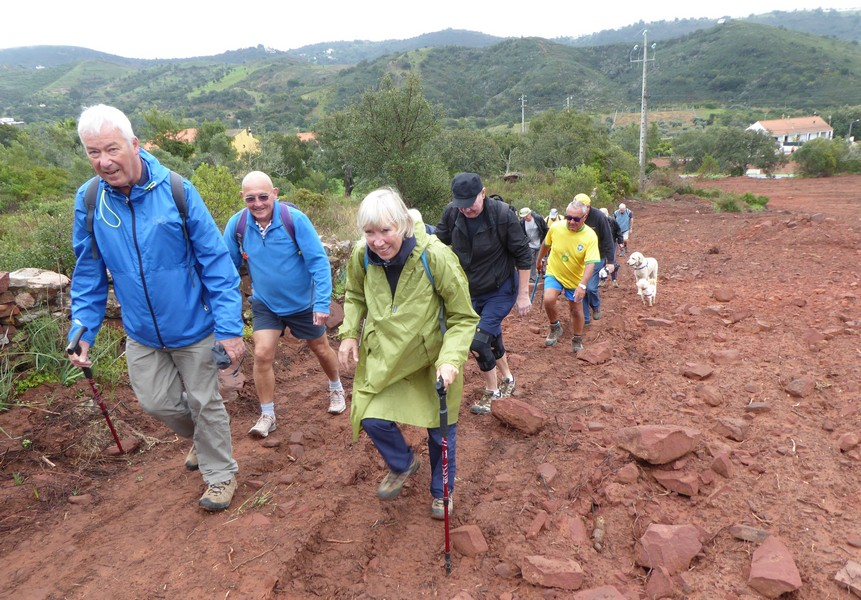 It didn't take long before the rain showers started arriving, Russell displaying his cape whilst Jerry had more waterproof clothes... 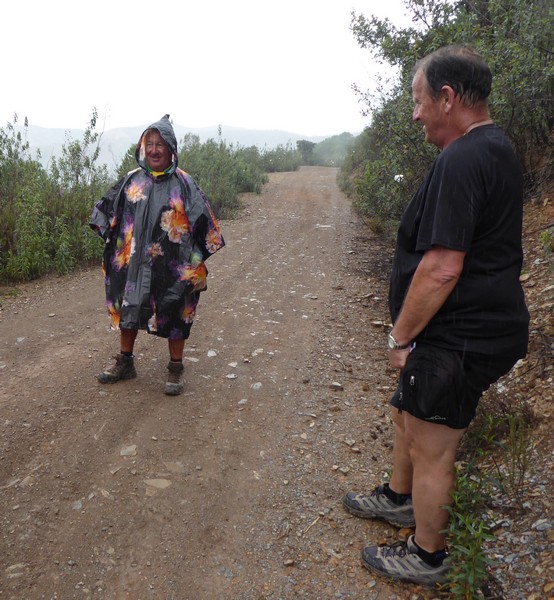 I took the group photo whilst we could still see the barragem.... 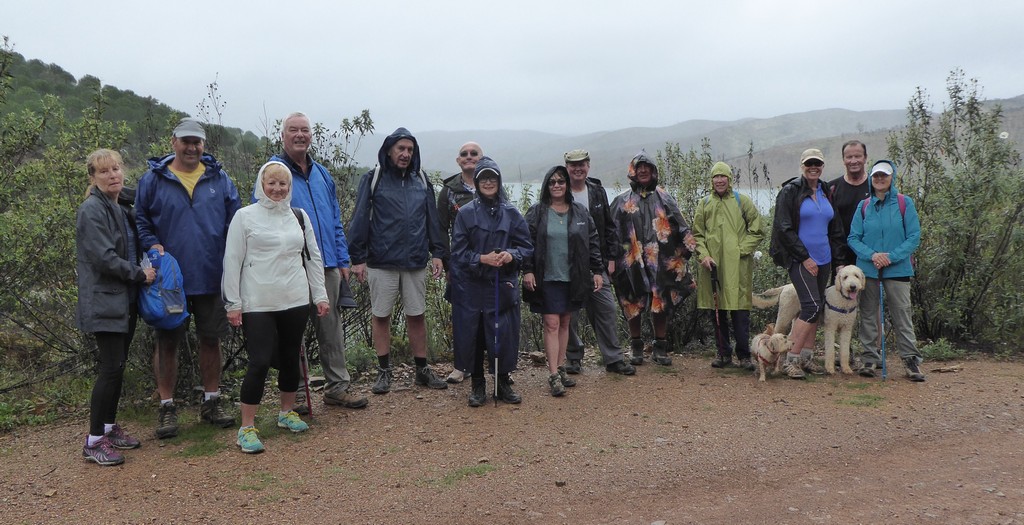 though didn't want to wait for the laggards... 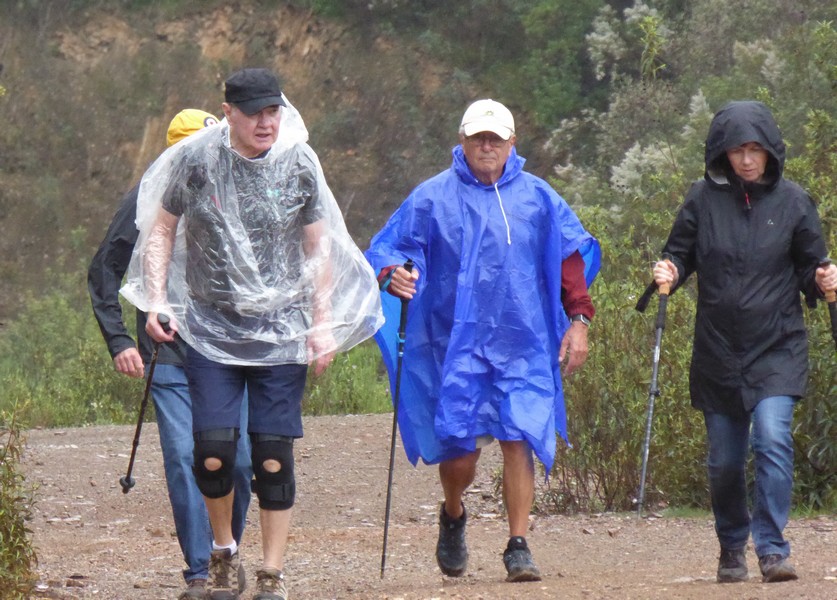 The barragem still held it's beauty, even though it looked better with the sun shining: 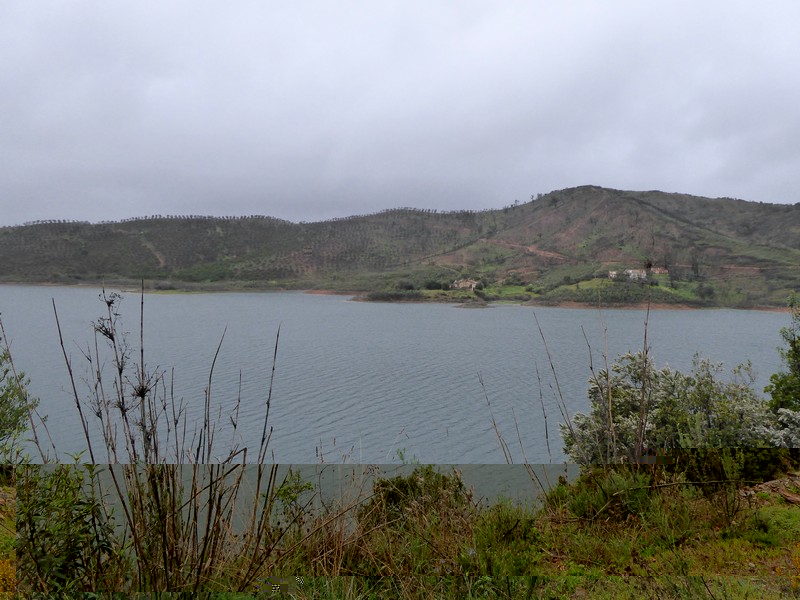 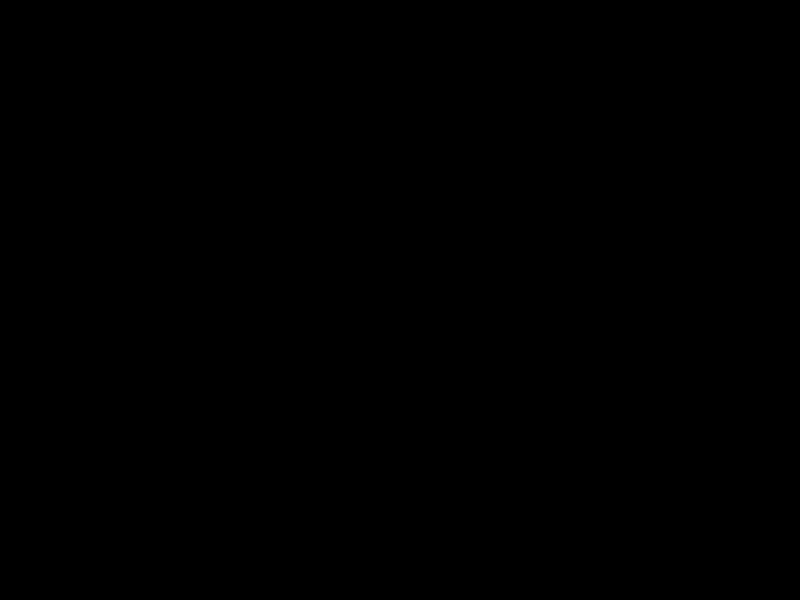 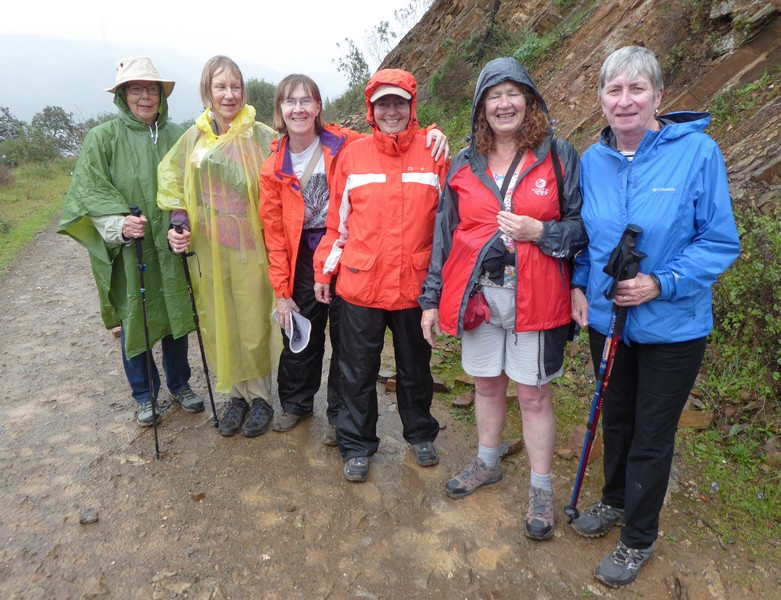 But we didn't have as much time to get back for lunch, so Mieke, Jen , the dogs & I walked back quickly to get rescue cars...though, much to our surprise, they weren't really needed as they had come back much quicker. 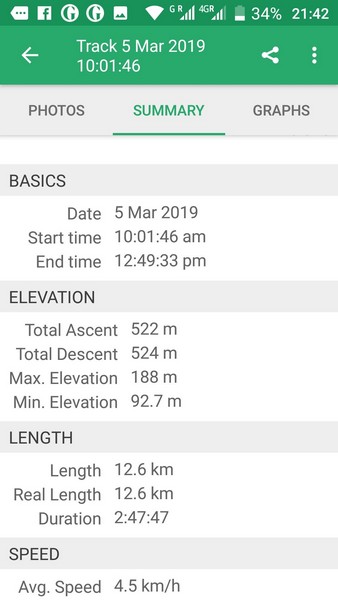 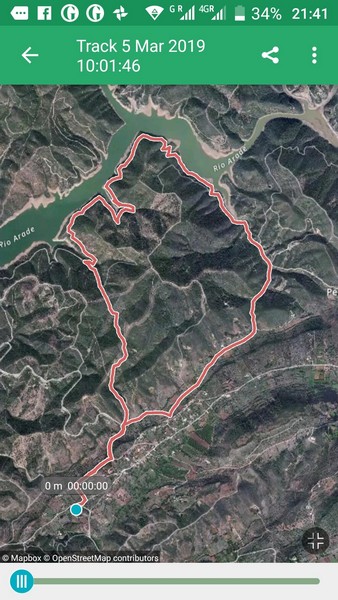 A refreshing beer awaited, before 24 enjoyed a good lunch...the Javali and the lamb stew being particularly good, as evidenced by Linda's plate! 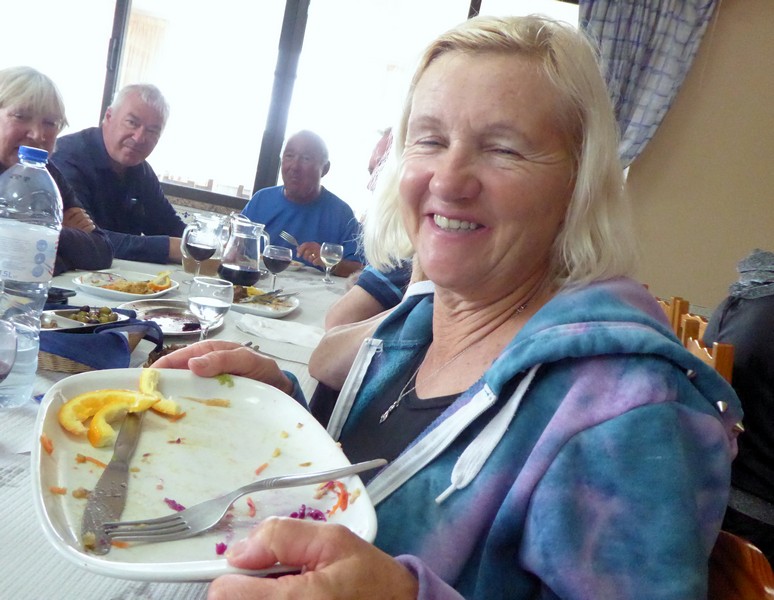 It was of course Carnival , the restaurant was full, with many dressed up: 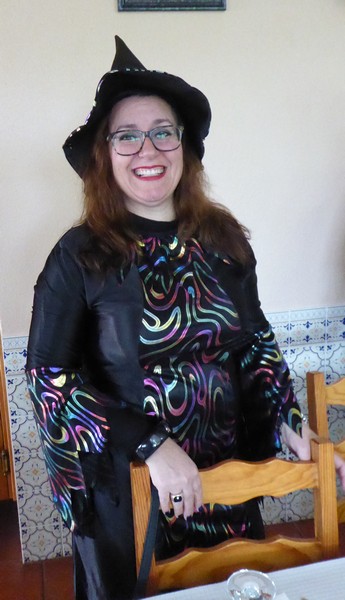 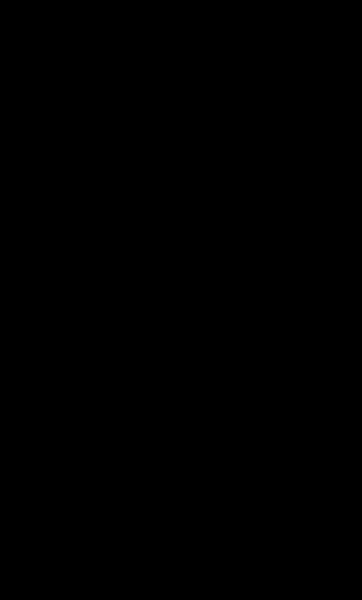 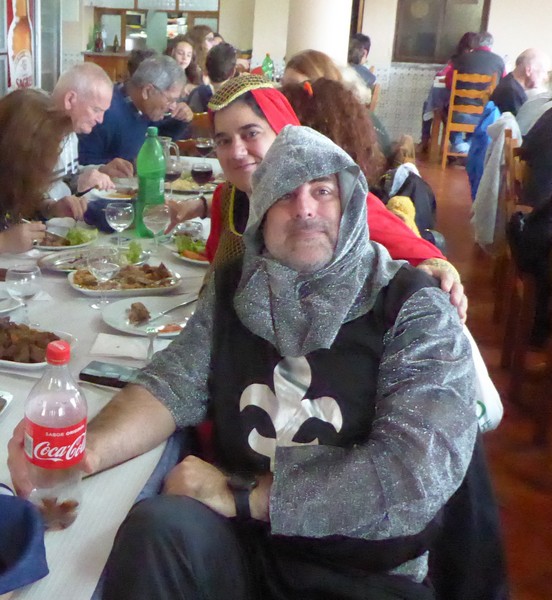 I said that the decade had gone amazingly quickly & that when the 4 of us set off up to the windmill in 2009, never dreamed that we'd all be eating here 10 years later, nor that there would be so many friendships that spun-off from the walks....with thanks to Linda & Russell and Carol & Willie et al for keeping the CVO Ramblers going in our absence....I hoped we might meet again in another decade!
Some kind person bought me a brandy, so thanks to whoever that was...but I am not a brandy drinker, so trust it found a good home.

Thanks to all...here's to the next decade. 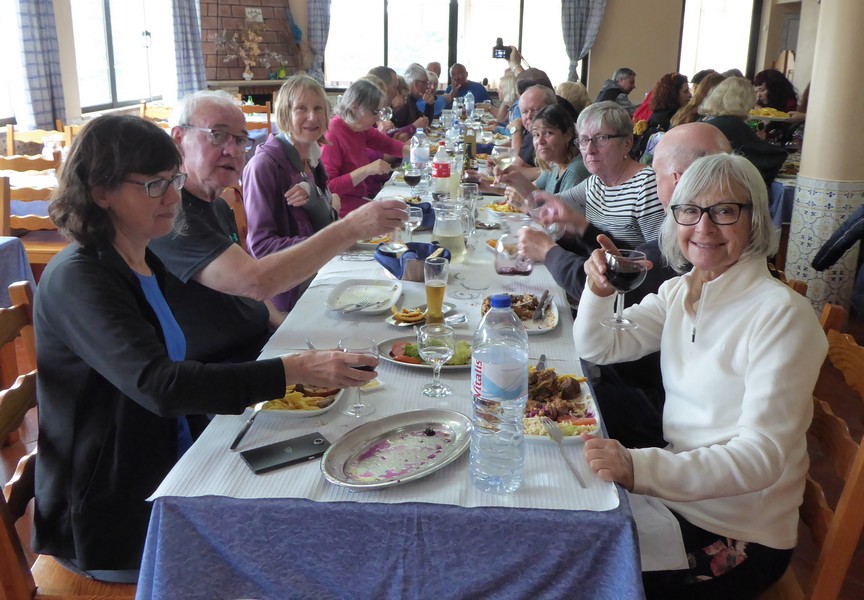 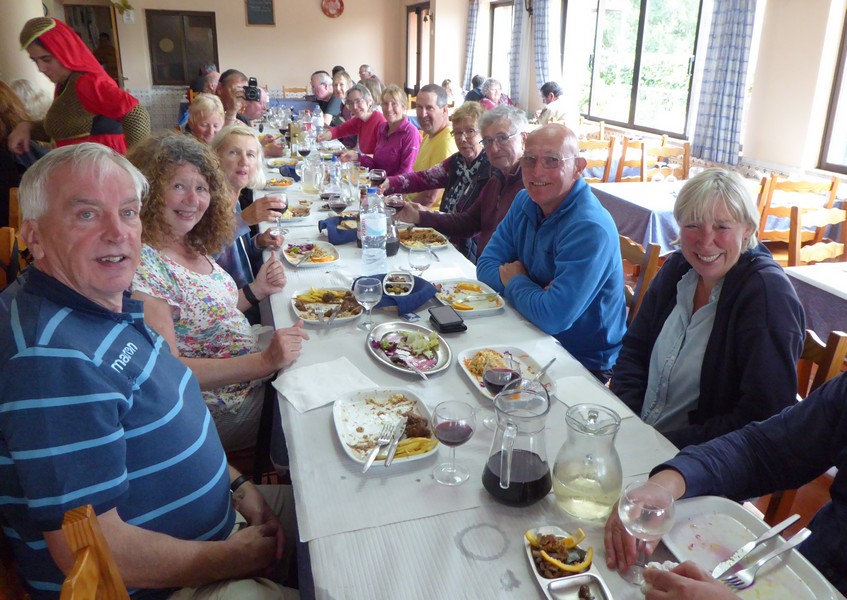