For those that know the usual approaches to the Silves windmill, this walk is from Enxerim and scales the eastern side of the hill. It involves crossing ( & recrosing) a stream, but there are stepping stones. It also misses out the housing in the outskirts off Silves and bypasses all the lavadas , so it's all 100% countryside, and much nicer than other walks in this area.

There are obviously some steep hills to climb, though the steepest is optional. Duration is about 2 h 30 m, just under 10km. We do stop & admire the views when getting a bit out of breath!

Walking boots or stout trainers are recommended, along with walking poles.....and a hat and water...but bring some wet weather gear in any case!

Please note that the walk will be cancelled of the weather is poor. I shall put a note on this website at about 0830 that morning, 0900 at the latest.

As usual, all at your own risk, and no charge.

If you want to see some photos of when we did it in January of last year, look at :

Directions:From CVO, go to Silves and cross the bridge.
Turn right on the N124 , and bear right over the next roundabout in the direction of Messines.
Go past the Galp petrol station , on the left , until, after about 1.5kms from the bridge, you turn left almost opposite the residential guest House Vila Sodre.

Almost immediately, turn right, and park after about 100m, just before the Cafe Cantinho do Enxerim.
IF you go over the bridge on the N124, you have gone too far!

Because of increased walk numbers, please indicate below if you are coming.
Geoff
Top

I'd like to come to this one too (no Sue). Thanks Geoff.
Top

Yes please again from May Syd and Wendy
Top

If we can still stand we will come to this walk as well! Helen & Nigel

Please include us in this walk.

And Willie and Carol
Top

A lovely clear blue sky but with a fresh, if not cold, wind greeted 16 walkers, but the water obstacles were a non-contest: 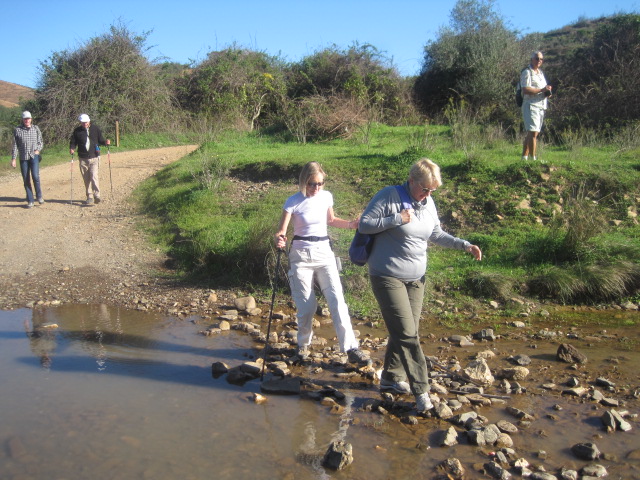 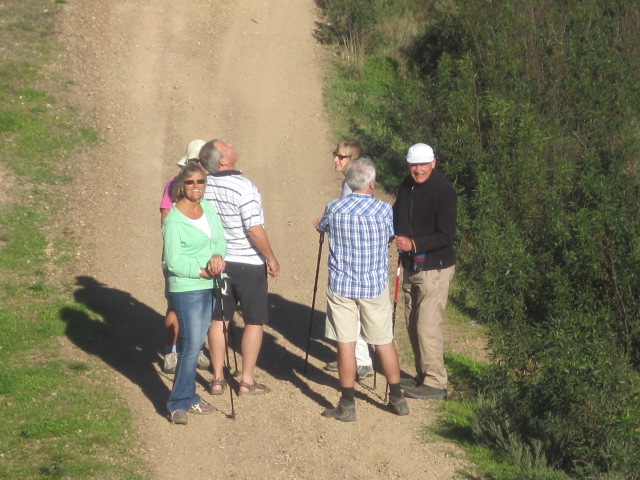 Anyway, we all got up to the old farmhouse for some great views: 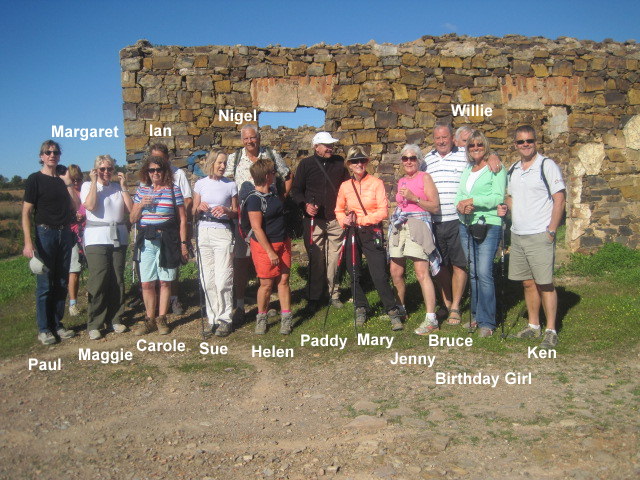 Before going down to the river: 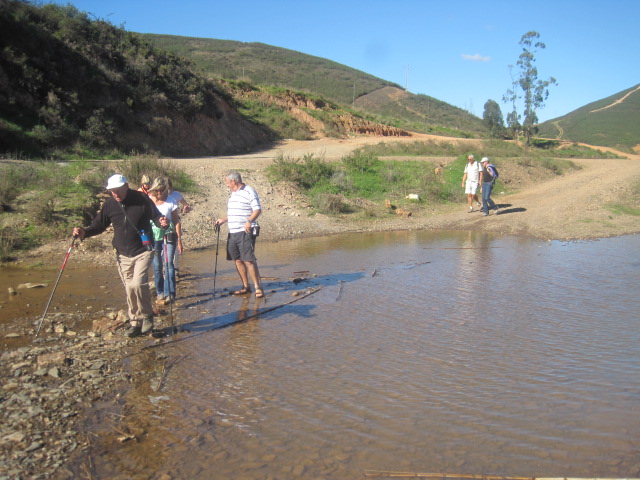 and back for the usual noggin: 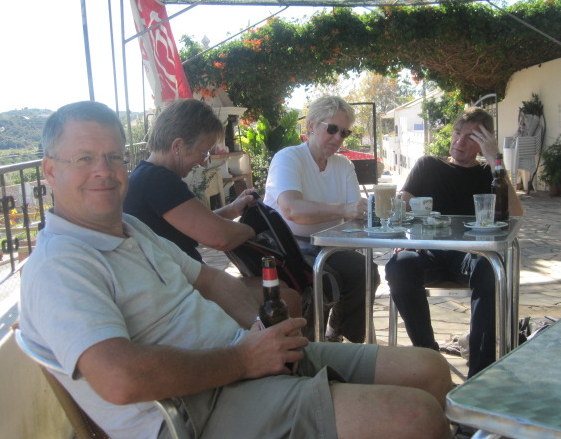 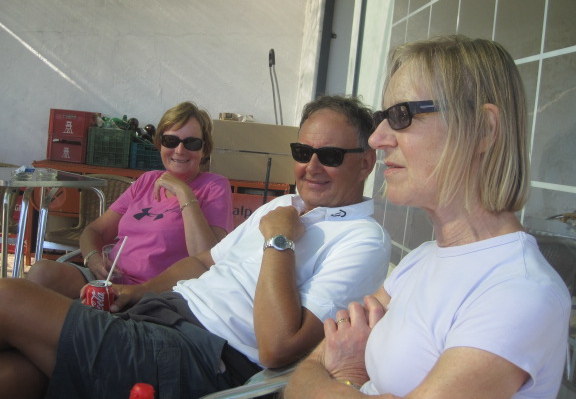